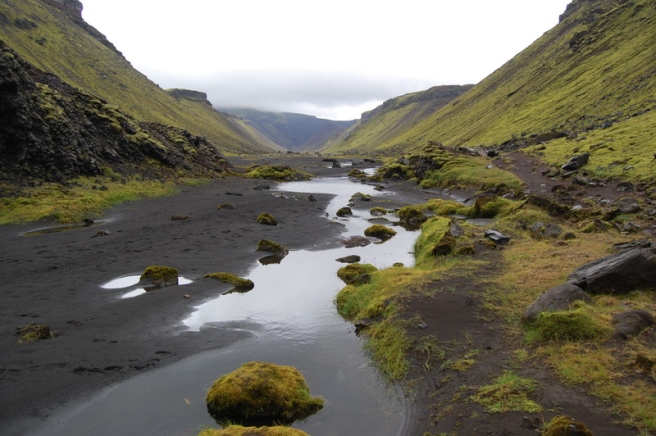 If I were to define a Classic a key characteristic would be their ability to leave a trace in the reader and/or culture at large. Influencing people, later works or even the language itself in their wake. Rarely is that clearer than when it comes to the classical mythologies. The Norse myths have named the days of the week (in the Scandinavian languages and in English), formed proverbs still in use ( such as “Där ölet går in går vettet ut” roughly “where the beer goes in, sanity leaves”) and continue to influence works through the centuries (Wagner, Tolkien, Marvel, Gaiman).

The Poetic Edda (also called the Elder Edda) is a collection of epical poems about Norse gods and heroes. During the 13th century these myths were collected and written down in Codex Regius. This text now form the primary document for The Poetic Edda but other poems of a similar type and age are often included.

I got the Poetic Edda in Christmas gift last year and have been reading it on and off since then. So it has been another slow read but unlike Metamorphosis and other stories I have mostly enjoyed it. While it is hardly something to read from cover to cover in one setting it was mostly very readable. The poems range from high to low, from funny to bloody to tragic and back again. I might not read the whole again but I will certainly revisit some parts.

I read it in a Swedish translation (Den poetiska Eddan) by Lars Lönnroth which included helpful notes and introductions to the texts. It was on my list of 50 classics to read with the Classics Club.

There is an English translation available for free at Project Gutenberg but I found that it lacked much of the lyrical qualities of the text. So if you want to read it I would suggest looking for a more modern translation. If you want to try just a piece of it I would recommend Völuspá (Prophecy of the Völva) which is reasonably brief, covers (at least in passing) much of the mythological framework and generally is one of the best parts (and probably the most famous).

10 thoughts on “The Poetic Edda”